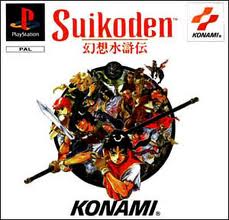 Konami’s RPG series Suikoden is on the verge of being history. Between 1995 and 2006, the series did not reach enough sales to make it to the best-sellers, however it did gather a die-hard fan base that still actively supports the series in various ways.

And to prove my point, I merely need to have a look a Suikosource, which is still a very active website and forum, in spite of the age of the games and the relative lack of fresh news. The ever complex geo-political context of the series, the in-depth characterization, the multiple intrigues and the countless amount of characters has spawned thousands of threads, questions, debates and opinions.

And yet, hardcore as they might be, the fans seem to be too few: with no new game of the canon series since 2006, Konami acts as if it already had given up on a project that did not turn out to be lucrative enough.

Good news though – Matze, Ryan and Chris created in July 31st 2012 the Suikoden Revival Movement, which gathered over 3,000 likes in just over 2 months. The Movement is more than a bunch of kids with too much time on their hands. It is an well-organised association, with clear goals and committed members. Will this be enough to get Suikoden VI? Maybe not, however it would advise against pronouncing a judgement too soon: the Movement has already managed to make itself heard of and whether Konami will ignore it is still to be seen. To me, it’s a matter a of time until Konami gives them some feedback. 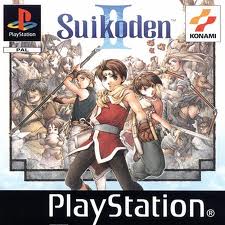 I personally feel like digging Suikoden out of its grave is not necessarily for the best. Like many other players, I long the time of Suikoden and Suikoden II, which I still play every now and then. Yet that golden age seems to be over and regardless of what Konami’s response will be, I can only imagine disappointment coming out of it. I am hopeful that the previous games will make in to Sony’s PlayStation Network or that Suikoden III will finally be released in Europe, but I do not think Suikoden VI could meet the expectations that have been building up for too long.