How Could Two Horses Change The Face Of the World? 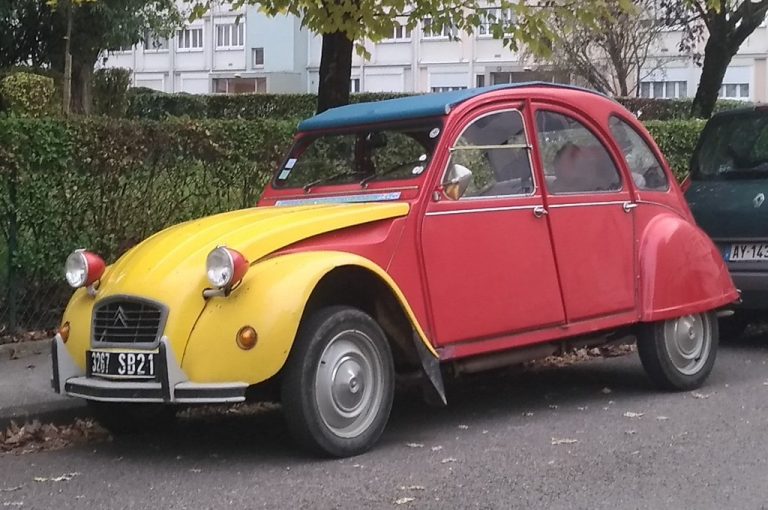 Arguably the most loved and the most popular car of the past century, if not ever. She has been seen in many movies, mentioned in a myriad of books and remains the object of attention of several magazines and associations. She has been a best-seller in Europe, but also in Asia and in the Americas. She is the one and only – Citroën 2CV:

How to make an expensive product available to everyone

While cars were becoming more and more commonly used at the end of the 1920s and early 1930s, Michelin decided that there should be an affordable type of car to meet the needs of classes who could not afford luxury models. Michelin came up with the idea in 1935 and the project was nicknamed “TPV” – Très Petite Voiture (Very Small Car). It targeted functionality over aesthetic, could accommodate four passengers and only reach 40 miles per hour, but it was already a revolution in itself. In 1939, 250 units were made in the factory of Levallois-Perret, in the greater Paris area. However, it was only after World War II that the 2CV was officially introduced to the auto show.

The late 50s showed slow sales, but the 2CV was soon to boom in an exponential fashion. The 60s and 70s were the climax of the very small car and democratised the car as a belonging most people could afford. She could be seen in many TV series and movies, comic books and in every street in Paris. Peak of fame in 1976 as the 2CV became a James Bond Girl of her own kind in For Your Eyes Only.

The increasing concern for safety and pollution issues of the 1980s slowly pushed the 2CV away from the spotlights. In 1988, it was decided to stop manufacturing the 2CV in the French factory, after over 40 years on the roads. Overall, over 5 million units were made in France.

Over 20 years after its official end of production, the 2CV is, and remains, a treasure in the eyes of many amateurs. Many would assert it is the one and only car that never dies, either culturally or physically. Take a 2CV shell and a broken motor, if you have the right mechanic skills, you can make it as good as new and have it back on the road for years. Unlike most cars manufactured nowadays, the 2CV is entirely mechanical and contains no electric or electronic parts, making it possible to work on it without the need for a complete car workshop.

Like all popular items, the 2CV was given an endless quantity of nicknames across the countries it was commercialised in. In French, the deux chevaux (two horses) is also known as deuche, deudeuche, dodoche, deux pattes (two legs) or deux pipes (two pipes). In German, she was also called Döschwo or Ente (Duck) as it was in Dutch (Eendje). In Italian, it stuck to due cavalli and so did Spain (dos caballos) or citroneta, a diminutive form of Citroën. The Belgian saw in the car a goat (geit in Flemish) while the British went for tin snail.