Fire Emblem: Fates is the closest thing to a Suikoden VI

Let’s face it, we’re not gonna get Suikoden VI anytime soon. It’s been over 10 years since we got Suikoden V and the last spin-off did not even make it outside of Japan. It’s a real shame, it really is since it’s one of the best Japanese-style RPG series there is. Possibly the best one even. It’s not unusual to encounter a gamer who will mention Suikoden II as his favorite RPG ever. And still, Konami left us out in the cold. 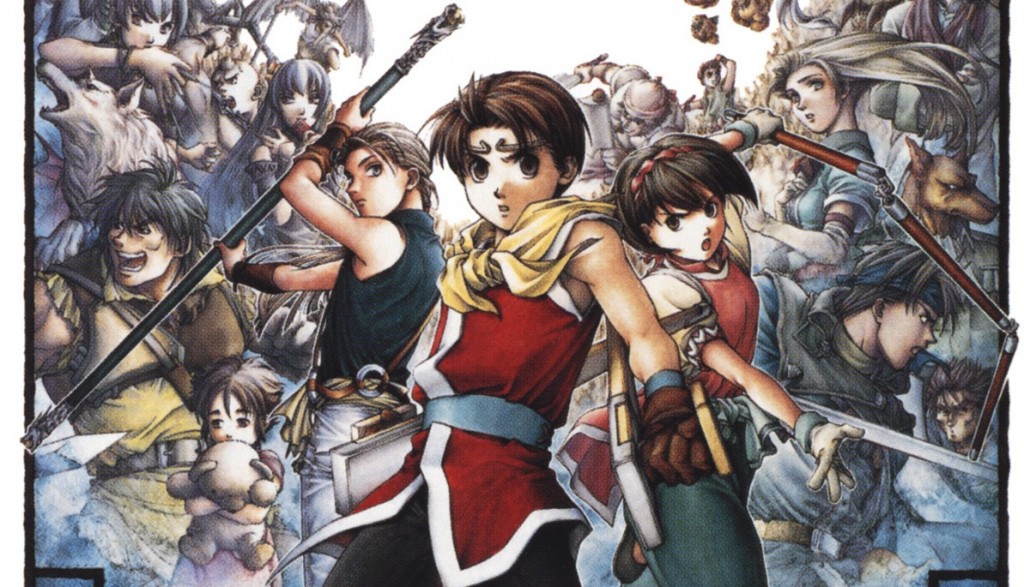 So we have to move on, right? I mean, it does not hurt to play old titles again, and the release of Suikoden III for the first time in Europe via PSN was a really good surprise but it’s a little pond to play in.

I don’t know about you, but I find myself to be less receptive to RPG as I grow older. When I was 10, I found almost all PS1 RPG fantastic. Now, I barely play any through to the end, let alone complete them to hit the 100% mark. I doubt I would find Vandal Heart good enough today. I would give up on Landstalker (Genesis) due to its over-challenging gameplay. I would cringe at the fucked-up pair-up system of Final Fantasy VIII and yawn at Wild Arm’s superficial characters. I did not back then, but today, I hardly find any RPG that’ll keep me up all night, make me ask questions on forums, debate the characterization online or doodle the characters while watching Netflix.

And when you don’t expect it anymore…

Then I found it. The one rare gem I fell for and could not put down (it’s a 3DS game) I’m talking about Fire Emblem: Fates. I had just played Fire Emblem Awakening and thought “wow, this is really good.” even though tactical RPGs aren’t my favorites, to begin with. But I had a hell of a good time. Little did I know, it was only the introduction to something much, much bigger.

This is my Suikoden VI. I know it’s very different game but here’s why I love Fire Emblem: Fates for the same reasons I love Suikoden games.

It’s one of the most obvious features. The HQ is the most enjoyable part of Suikoden, and I can only deplore too few games use it (Breath of Fire II and Shining Force II had an embryonic kind.) FE:F has a nice HQ that builds up with time and you can customize it the way you could build villages in Dark Cloud. The idea is good, but it feels like the result is only half-baked. It’s not really rewarding, there are limitations in what you can do, and the exploration is much more limited than in a Suikoden castle. They aren’t any relevant mini games, nor characters dedicated to a task. Anyone can sell weapons or look after the orchard. It’s nice, but not really entertaining.

Suikoden games all have political intrigues that demand diplomatic and strategic thinking. It’s a very rich world in that respect and it’s not too complicated to grasp. Likewise, FE:F is the theater of the war between Hoshido and Nohr. Neutral tribes come to play. Convincing them to support your cause is up to you…

This is the one aspect of the game that outranks Suikoden. In Suikoden II you can only be Riou, although we all would have wanted to visit Jowy’s path too. In FE:F, you can choose whose side you want to be on. It gives the whole story a lot of depth and many events are emotional because of that. It’s not black and white – no one is completely good or evil. It can be a gaiden game

Or a head-wrecking strategy game. It’s up to you, but you can make the game really easy if you want to (as in you-cannot-die easy.) What’s the point do you ask? Well, Suikoden games are not difficult either. It’s more about exploring the world, unveiling the story and recruiting allies. FE:F is the same in a way. It’s nice to get more characters, level them up, change and upgrade their classes. Have them fall in love and get offsprings. These are playable characters and relationships between the characters are very nicely written.

When  I think of Suikoden, the most touching scenes are the ones when you flee your home, where you had it all, and now you’re left with hardly anything, a world to conquer and three allies. This twist in the plot is also present in FE:F. If you follow your heart and choose the hard way, you will feel this exhilarating sensation.

So, do play Fire Emblem: Fates! It’s great even though…