To greet or not to greet?

It might be easier not to greet at all and stay at home, being a hermit, cut off from all social bonds. It sounds harsh, but it’s a lot safer and prevents you from offending anyone by greeting them the wrong way.

Or you might be brave and dare try your luck with a random choice of kiss, hug, handshake or similar.I must say it’s more or less how I do it. It’s so different from a country to another and even in a same country, the rules tend to be rather unclear.

What the Irish do

The Irish shake hands when they meet for the first time and that’s it. Very easy, very clean, no risk of passing germs. Friends do hug when they haven’t seen each other in a while. By friends, I mean close friends, not as in we’re Facebook friends. This all applies for male and female alike. Rather easy.

What the German do

The German also shake hands when they meet the first time, which is nice and easy to remember. It gets trickier then. When I meet a client again or someone I know a bit, then we shake hands again. Sometimes. But not always. Why? And more importantly, when do you decide whether you should reach out or not?

Among friends, hugs are a common place, even after you’ve only met once or twice. I guess shaking hands with a mate would look too formal, even insulting perhaps. Again, no distinction between men and women, all get the same treatment.

What the French do

Mon Dieu, the French. Another rather blurry situation. The handshaking ceremonial is just about the same as the German’s. With, of course, the same confusion as to whether today is shaking day.

But then, it gets worse: when you meet friends of friends, men shake hands between them while women or mixed duos give each other a kiss on the cheek. Don’t even think of hugging a French person, they won’t understand what is going on. Do you follow so far? Good, but you may wonder “how many kisses”? You should for we all do. And so do the French. They have no idea whether it’s 1, 2, 3 or more. Quite fortunately, there is a map to know what to do depending on your location! (Si, si) 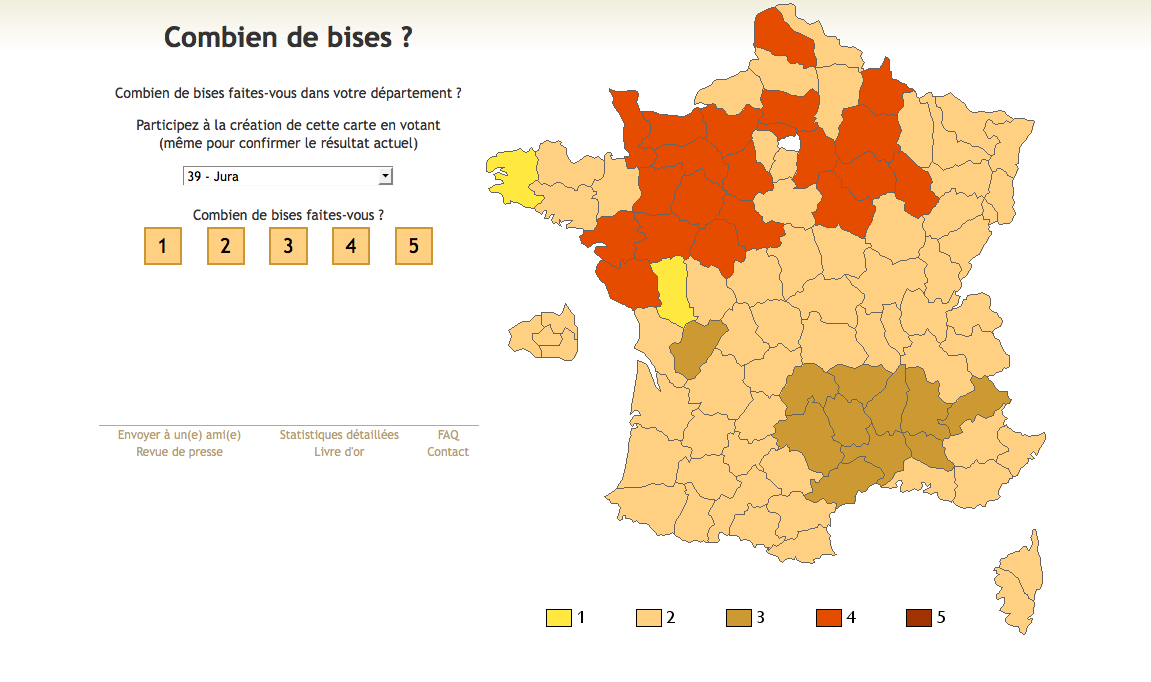 As you can see, it’s rather scattered and difficult to avoid a faux-pas. Believe me, it is embarrassing to keep on trying to kiss someone who already has moved on to say hello to someone else.

To survive in that kissing jungle (gross), before I even start kissing anyone, I warn the person it’s two with me. And it’s typical that they’ll reply “I do four, I’m the generous type”.