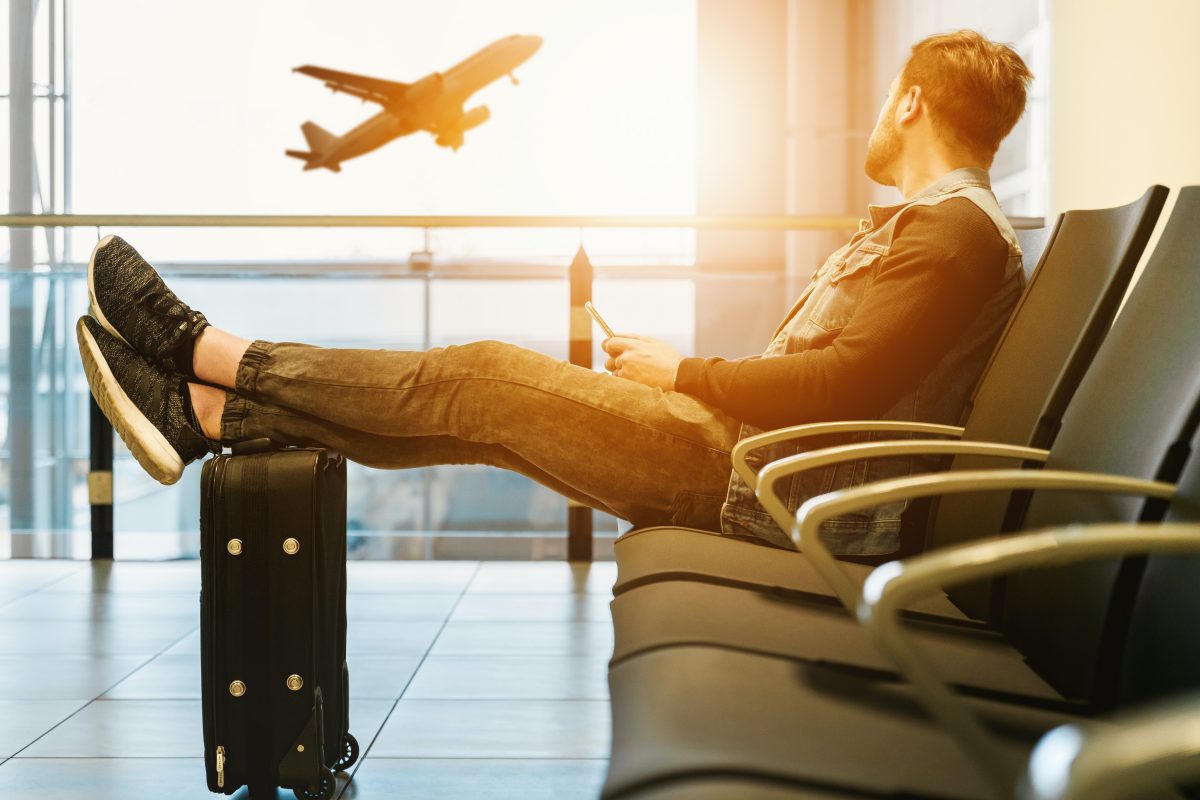 For the first interview of our series «away from home» we met Emilie. This young French woman is currently touring Australia, thanks to her working holiday visa. “I arrived last November and I travelled down the East Coast. I’ve seen Sydney, Brisbane, Melbourne. Between cities, I’m “wwoofing”. It stands for willing workers on organic farms. Basically, you get room and board from a local and in exchange, you are committed to work for them – gardening, cleaning, looking after the livestock, etc. It’s really cool because you meet and live with real Australians!”

In Australia, Emilie gets the change of scenery she had been longing for as she used to live in Paris greater area. “People are just so friendly here! You go get a coffee and you are asked how you’re doing. Who asks you how your day is when you order a coffee in France?” And of course, sun, kangaroos, koalas, etc. If there is one thing the young French woman misses, it is French food! Especially “bread and cheese”, she says, laughing.

For the last two months Emilie has been living in Perth, in Western Australia. There, she makes crêpes in a café and works as a waitress in a Mexican restaurant to keep on funding her journey, which she carries out with her boyfriend. “It’s so much better not to be alone in such a big country. It’s nice to have someone you know when hard times happen.”

English from the other side of the planet

How does she find English in Australia? “It isn’t too hard to understand because I studied English in college and I hold a bachelor in languages. That being said, even with the benefits of having studied and a good level of English, I still don’t understand everything. The Australian accents are quite different from the British one! Still, it’s nice to hear.”

This should convince the most reluctant of us to start a journey abroad!For the second instalment of our series “away from home”, I met the French globetrotter Guy who lives in Phibsborough, a district in the suburbs of Dublin. He has been living in the capital of Ireland for the last five years: “I always wanted to go to an English speaking country to learn to speak English fluently. An association next to where I lived in Valence, in France offered me a three month internship in Ireland, I took up the opportunity. Since then I have been working as a sales assistant in a toy and video game shop.”

At first, the Dublin accent was quite an obstacle for it is “a lot different from the English you hear at school! It takes a lot of time to learn a language, even one you have already learned in class. It takes patience, humility and motivation.” His secret for success? Work, live and go out with the Irish and “always avoid the pitfall of staying with French speakers.”

“Ireland is a fantastic country!”

Guy confesses being helplessly in love with the English language, even though he feel slightly nostalgic whenever he flies back to his homeland. “If it was not for speaking English, I would go back to France. France is so beautiful, so rich and so much bigger than Ireland. But don’t get me wrong, Ireland is a fantastic country! The Irish are very friendly too.”

The last five years were very rewarding though, much more than if he had spent them in college: “I am very proud that I can now speak English fluently and every day. No language course would have given me the same satisfaction. Learning by living is so much more stimulating and exciting! Living abroad has been bringing me a lot anyway. The differences in culture, history, etc. I can’t really explain why, but life also seems a lot easier here, somehow more laid back and less stressful.”

Guy leads his life with philosophy and enjoys every single minute of his time on the Green Island – “I don’t care where I’m going to be tomorrow, what matters is how I feel! We all want to be happy, it does not matter where.”

After living for nearly three years in the most British city of Europe, Hélène tells us her story for the third article about French expats. Now working as a retail supervisor in a restaurant in the hub of London, Hélène remembers why she moved there: “I was bored in France, I wanted a change of scenery and improve on my English. I chose London because it´s not that scary to move to a city close to Paris, because I really love its atmosphere and I already had friends there.”

Thanks to her advanced level of English that she built up at school but also during her spare time by watching TV series or interviews with artists on the Internet in English, Hélène arrived with many assets up her sleeve, even though it was not easy from day one: “I was surrounded with people from all over the world at work like at home, in my shared rental, their English was not that hard to understand and mine improved in little time and my word power got a lot better. The hardest part was to get used to the accent of London. At first, I had my customers repeat themselves but it soon became unnecessary.”

So, Paris or London? Hélène just fell in love with the English city: “London is a busy city, people are in the same rush as in Paris and their lives here are not necessarily better and yet, everyone is friendlier, smiling and courteous. I was a bit taken aback when I was first called “honey” or “darling” for bringing a coffee to a customer, but it’s such a nice thing to hear. I’m also really fond of the way they all go for a beer after work. I never get tired of seeing this crowd in suits holding a pint! It’s so much nicer than rushing home right after work.” On top of the security and the reputation of gentlemen behavior the English live up to, London is always humming some music, to Hélène’s utter delight: “For a big fan of pop-rock music like me, London is like heaven – and I don’t even need to buy concert tickets! In pubs and even in the streets, there are always such talented musicians.”

Apart from the Dragibus sweets that are not retailed in Great-Britain, Hélène misses her family and “mom’s cooking. The worse thing is actually the lack of long conversations with family and friends, even though there are many ways to communicate. But a computer or a phone are just not as real as a face to face conversation.”

Just for the sake of saying one bad thing about England, Hélène adds laughing : “I am somewhat scared of English sweets!” Still, by no means she would leave: “My long term project is to become a writer and London is such an inspiring city, I see no good reason for me to come back.”

Our four-instalment series of French expats ends today with, last but not least, New York City! Even though Emelyn does not live in NYC itself but actually in Millburn, New Jersey, a few miles away from it, it’s as good as the same!

“Living in the USA was a childhood dream. After completing my studies in France, doing a few odd jobs and saving enough money, I decided to pack it up and fly 4,000 miles away from France to live the American dream!” While being an au pair in an American family, she attended college three times a week.

“The hardest part was to stay focused 24/7 on the American language. Nobody spoke French and the American accent is utterly different than the English accent I learned at school. After a month, however, it got a lot easier.”

In spite of the distance from her family and friends and the lack of “real food”, Emelyn is literally in love with New York, “The American eat so unhealthy. Too much colouring substances and chemical stuff. But people are so much more welcoming and friendlier than in France. They are always willing to lend you a hand or help you out in any way they can.” What makes New York so unique? The young French woman cannot make up her mind: “the huge amount of food, restaurants, fast-food, Starbucks, hot-dogs sellers around each and every corner! Also fashion stores selling clothes of all styles and colours – which would shock the French, technology on the cutting-edge, great music, huge cars, the famous yellow cabs and limousines used as taxis. The clean streets and subway stations, the colossal skyscrapers all around, you kind of feel like an ant. I love the cultural diversity, where every country is involved, it’s a cosmopolitan and very dynamic city.”

Living anywhere else than in the USA is not an option to Emelyn “I would love to live in NYC, it’s so speedy, there are so many things to see and to discover. It’s constantly changing.”

To sum up her American experience in a nutshell, Emelyn quotes “Once you’ve tasted New York, every other city seems dull.”