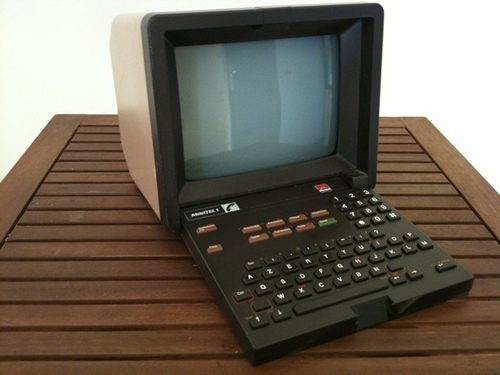 If you are not French or born after the 1990s, chances are that you do not know what the Minitel is or that you even ever heard the word before. Even Microsoft Words thinks the word does not exist. The Minitel is actually a direct competitor to the Internet. Or more accurately was – the Minitel is not going to win the market of virtual information. However, it did provide a similar type of service albeit a lot simplified than what we can access via the www.

The Minitel was developed in the late 70s and was made available to the French as soon as 1980. Truth be told, it was a revolution at the time. Although it is nothing like the Internet – no video, no downloadable music, not even colours – the small terminal would let you access information online at a moderate cost. The service is a public service (like the phone was at the time) and enjoyed its golden age in the early 1990s.

You know how we type http:// to access a web page? The Minitel used a 4-figure combination, the best-known one being 3615. The services available were limited yet efficient: online directory, news, train timetables, weather forecasts – all very summary yet just about what most French families could need. Following this pattern, one could get the latest sports news by typing 3615sports.

If the Minitel allowed France to be on the top of the information revolution in the 80s, it also caused some serious problems on a worldwide scale. With the Minitel at home, which was significantly cheaper than buying a P.C., France started to lag behind in the democratisation of the Internet. Why would they bother? The problem of the Minitel was that it would not go beyond the borders and soon made itself obsolete. The defeat to the Web was unavoidable.

Yet, as incredible as it may sound, the Minitel is still in use and is reported to have some 2 million users as of 2010. The decrease amount of activity has led France Télécom to decide to put an end to the service in June 2012.