What if translation did not matter?

Outrageous  – how could a trained translator write such a thing? Of course, I want to believe that translation is a noble profession that deserves high salaries and great respect. Unfortunately, sometimes, the translation might not matter so much.

The case I have in mind to illustrate my argument is Final Fantasy VII: it was localized in many languages, from Japanese to English, then from English into the main European languages – French, German, Spanish and Italian (there may be more, but I am not aware of that).

First of all, it should be noticed the Japanese to English translation had some flaws (you can find many articles about the poor grammar on the web), however, it is by no means as horrendous as the French version (I’ll probably write an article about it in the near future with more examples). At least the English version makes sense (or does it?), unfortunately not the case of the French version.

The point is, poor English translation and very bad French translation = hit RPG all over the world and millions of copies sold. Yes, in spite of the translation that has a vague smell of Google Translate.

Comparatively, Alundra had a pretty decent French translation and was not quite a success.

Yet bad translation is not a selling argument

Breath of Fire III, albeit a fun game to play, is notorious for its shameless localization: text written out of the text box, awkward phrasing, confusing abbreviations – we’re nowhere near a masterpiece. Worse even: indications essential to pursue the game were mistranslated (“east” became “west” leading the player in the wrong direction of an endless desert – nice).  The game had great potential, but reviews slaughtered the poor translation.

Is it then better not to translate?

I  don’t want to play games in Japanese, but I’d rather play in English than in broken any other language. Suikoden was never localized, had rather poor European sales but is still a gem to play and the English used is acceptable.  The second opus was localized and it was a total disaster. While the game itself is possibly the best RPG ever made, the French localization is an insult to the French players: spelling mistakes, special characters not supported, inconsistent terminology, etc.

Then what’s the solution? I wish I had it, but one thing I am sure of is that if you are going to translate or localize something, do it right. Please. 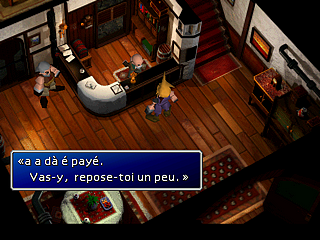