2012 is coming to an end and I can rejoice for having read at least one classic this year: Gustave Flaubert’s Madame Bovary. You would think they make us read it in French school, but no they don’t. We get other terribly boring literature (when you’re 14 that is) like Emile Zola and Honoré de Balzac. Presumably to make sure people hate reading for the rest of their lives. Anyway, it’s another topic. 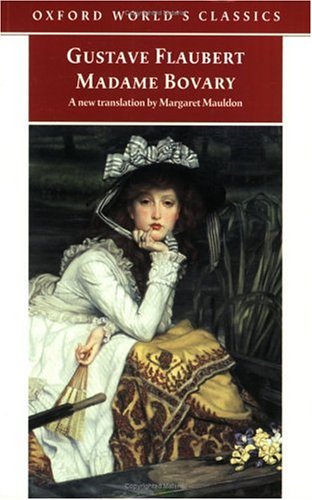 So, good auld Emma Bovary has been keeping me entertained in the U-Bahn on my way to work for the last few weeks. How good of her, who could barely entertain herself. I enjoyed reading Madame Bovary I must say. For a 150-year-old novel, it is rather easy to read, without any sophisticated syntax or seldom used words. The novel is surprisingly modern for its age, not only for its style but also, and mainly, for its approach of the 19th century society. As it turns out, the world we live in, in spite of the technological revolution we’re experiencing, has not changed that much.

Emma Bovary may very well be a villainesse in some ways, being unfaithful, deceitful, extravagant and vain. Probably the reason why Flaubert chose punish her with torments and stress only she caused. Yet Emma Bovary suffers from a disease that has become rampant since then: loneliness. She is trapped in a life, in a house, in a marriage that were not what she aspires for. She is probably not understood either. She seeks something she finds neither in Rodolphe, nor in Léon, nor in her husband. While she thinks she knows what she wants, she actually ignores what she really desires, hence committing mistakes after mistakes. She wanted all the wrong things. To how many of us does it happen?