Two years in Hamburg – those voices in my head 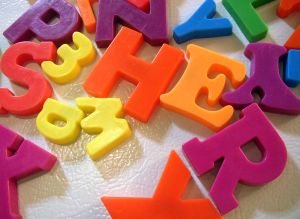 While I thought for a very long time I would never manage to learn German to a decent level, I find myself to perform better than expected. I sometimes can’t even think of words in French or English for only the German ones come to mind!

While it’s still my third language from a qualitative point of view, German has somehow taken over my brains. For a very long time, I used English 95% of the time, even when with French people, compelling me to translate into my own language (!) The language immersion has been a big success, I am now thinking in German most of the time, even though English words pop out every now and then when my word power falls short.

It does sound like a mess, but I’m actually doing okay, each language being in its own “compartment” (do we have compartments in our heads?) and not mixing up too much. I must confess I sometimes still translate word for word an English sentence into German when I don’t know how to say it any better, and I’m told it’s fun to hear.

On the bright side, my best friend moved to Hamburg as well, so I get to speak French much more often than ever (ever as in the last 7 years) and I started learning Spanish at Colón. Quite a challenge when surrounded by fellow learners who tend to switch to their native language a bit too fast.

At any rate, if learning a language is good for your brain, I should be covered for the next 50 years or so 😉